A few months into the Australian lockdown I was watching a current affairs programme that was looking at the impact of the job-keeper payment on people under lockdown. This showed a single mother who said that the job keeper payment of around A$1,500 per fortnight enabled her for the first time to put proper food on the table and, more importantly, gave her space to rethink her work and future opportunities. Job keeper provided  a clear sense of freedom for that person.

This, for me, was a pivotal moment. Ignoring for now the amount, the idea that people received a basic income that enables “time to think about the future and look after the family” made for me the essential case for the idea of universal basic income (UBI). It just seemed to me time to move away from the past idea that “paying people to do nothing” was the only outcome of an effective support system.

The delivery of support payments has always been controversial and usually follows party political ideology, but it seems to me that, at some level (and this admittedly requires work), new thinking about effective support is needed for those who find themselves in difficulty for whatever reason. The job-keeper concept looked to me like a test drive of the idea of UBI.

One of the major criticisms of UBI is that it would pay a basic amount to all people regardless of their need and that it would encourage people not to work. There will always be freeloaders in any system, but I would argue that most people, like the single mother noted above, want to be able to work for both financial and psychological reasons. It is a basic need for people to look after themselves and their family by working and moving forward to improve their situation. It is this rather than the sort of thinking that says people are hard up because they do not work hard enough, that pervades some conservative thought and particularly the religious right.

There is also the cost of the bureaucracy that services the current welfare needs that can be reduced and the humiliation that the process puts people through to receive what are usually subsistence level payments. Centrelink in Australia is a nightmare to deal with and operates on time frames disconnected with the need to react effectively to need and seems designed to avoid providing support.

More importantly, we should consider the waste of human capability that arises because people are ‘knocked backward’ due to the impact of loss of income impacting their ability to sustain themselves or for lack of the real freedom of choice to develop through vocational and other academic training. The economic benefit of improved productivity and work opportunities through upskilling or possibly entrepreneurship is never measured when looking at the ‘cost of welfare’. UBI needs to be seen as an investment in people and treated as such.

UBI pays everyone a basic income, say US$1,000 per fortnight, or, at possibly an amount based on current aggregate average welfare support. Those who pay taxes would be taxed on the amount received, those who do not will know that there is a basic amount that they will receive regardless of circumstances and so will have the anxiety of economic stress reduced to allow the time to change their situation. Lower paid people tend to spend most of their earnings so that such an investment goes back into the economy directly providing an automatic stabiliser to the economy and an effective floor to economic activity in a time of recession.

The UBI can also free people to take a work break and enter training courses that would give them the opportunity to build a career of choice; some may also decide to start a business with both these opportunities adding to the social and economic productivity of society.

There will be opposition from those who genuinely believe that success is based on self-motivated work. There is some truth in this, but it is also true that for many the socio-economic reality in society create a trap that is hard to escape particularly where zero hour contracts and the gig economy work model is becoming the norm for many.  The mere challenge of earning a basic income gets in the way of the simplistic “work harder” maxim that seems so obvious to those already doing well. The real objective is to form the basis for a society that recognises the social challenges of inequality of opportunity while providing a means to move forward and to release the economic and social advantages of having a well engaged community at all levels. The socio-economic cost of a sub strata of society that falls prey to, and sometime participates in, criminal activity and other anti-social behaviour is another factor to be weighed in the cost benefit analysis.

This policy needs to be paid for and there is no doubt that the government’s budget will need to do the heavy lifting, and this will mean that some adjustment upward of the overall tax take will be required. As someone who used to call himself a Conservative the idea of tax increases once seemed anathema, but along with other comfortably off people it seems to me reasonable for me to accept some increase in tax if wider economic and social benefits can be served that adds to the human condition. I believe Warren Buffett has made a similar point. The problem is not unknown it just seems that we are unable to break away from outmoded thinking.

Another change in my views has arisen around the conservative focus on the ability of tax reduction alone to serve the overall benefit of society and its economy. Trickledown economics seems not to work outside the top 10% of earners. When I went to university in the 1970’s UK it was clear to me that government was too big and taxes on income too high. But, back then, government included ownership of airlines, telecommunications companies, steelworks, and other businesses. These were clearly areas that government should not be involved in.

I am not so sure that so called small government has now not been taken too far for it seems that social, health and welfare activity has been pared back so drastically that serious negative social and economic effects are occurring. One of the lessons of both the GFC and the current pandemic is that there is a vital role for government in underpinning the basics of society. After all, if there is a de facto policy of private profits and socialised losses for the banking sector, we can spend some time thinking again how we support people in a modern economy who find themselves in temporary difficulty or who need the underpinning of basic income to do ‘new things’. Can’t we?

Inequality in society is not something that can be eradicated but it is certainly growing, and the work done by Thomas Pikkety, Ross Garnaut (Reset), and others, demonstrates that the already wealthy have an inherent advantage as their wealth increases in line with economic growth as it earns dividend and rents without any real effort or the use of personal genius. This is different to a person who builds a business or develops new ideas that generates reward; it really relates to the growth of the sort if rentier class the dominated up until the First World War.

It seems to me that a wealth tax of 1-2% would go some way to funding a UBI. Pikkety, in his recent book ‘Capital and Ideology’ demonstrates the history of the systemic nature of inequality and the illusion that those who hold wealth do so due to some inherent genius rather than the good fortune of birth and inheritance. For this reason, he also suggests an inheritance tax is introduced that is used in combination with a fund that distributes to each person on their 25th birthday a capital amount that allows the recipient to use the money as they need – build a business, pay for an education, or contribute to a house. This is recycling wealth and is radical stuff, but it seems clear to me that something needs to change and in the modern world where growing wealth inequality is the seed that could undermine our democracy, the cost of doing nothing seems too high. This would not stop entrepreneurs building businesses but would add to the equation a reflection on the fact that success is often based on the efforts of others and the society that enabled them to succeed. Bill Gates and his wife set up a foundation to distribute a significant part of their wealth as many past philanthropists did, which is great, but a society that relies purely on the good intentions of the few perpetuates the divisions that we see so often in all societies, capitalist and communist.

The point of this article is to consider the UBI concept and do so by suggesting we open our thinking beyond industrial age ideas about welfare that still influence us today. Let us consider the idea first as a mechanism of human capital investment rather than welfare, then we can think about ways to fund it. The aim is to invest in people so that their full potential is realised, and, possibly, a more balanced society created. Dealing with inherited wealth will be contentious issue but as it automatically accumulates and creates widening and often damaging gaps between the top and the bottom, new thinking is required. With the information age characteristic by the fourth industrial revolution, we need to think about how we want the future to be, the sort of society we want to live in and how we get the best out of people to the mutual advantage of all. 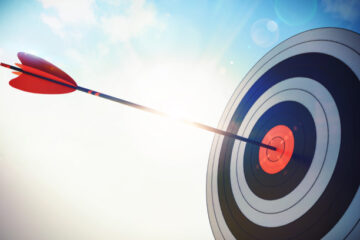 Australian politicians and government statisticians paint a picture of optimism in the first case and caution in the latter. One can see the role of politicians to be positive and for the person in the Read more…