Increasingly clients are asking for advice when contemplating doing business in China particularly given the recent, aggressive stance taken by the Chinese Communist Party (CCP) towards Australia with what appears to be the weaponising of economic relations. Then you have the experience of Jack Ma who clearly sailed too close to the wind with his comments about the Chinese state banking system (a topic that echoes experience with banking in the west), but which was too much like criticism for the CCP. So, should China be seen as a reliable market for Australian business?

Well, in short, yes. It is the second largest economy and is integrated with the global economic system and although the CCP is attempting to change global rules to suit itself, it is still an attractive economic target. In this note I will touch on geopolitics for context but leave aside the debate about whether you can ‘have your cake and eat it (“cakism”) regarding trading with China while being opposed to its authoritarian system – that’s for Canberra (or more likely, Washington) to manage.

What surprised me in this latest spat with the CCP was to learn that around 80% of the rock lobster export from Australia goes to China.  My first thought was, “how can an industry (never mind a business) allow itself to be so exposed to one market?”. No doubt it is a rich one for a relatively small industry, but the ups and downs of international trade suggest that an assessment of risk was missing.  I also think that many businesses in Australia have taken the easy ride on the back of the dragon that was keen on quality Australian imports. One wonders what would happen to iron ore if China is successful in discovering alternatives in Africa or South America?

Similar considerations apply to the wine industry and some agriculture products. Interestingly, although there are still coal vessels stuck off Shanghai, the fact that the CCP ordered coal from elsewhere meant that Australian coal could supply those markets – and at a higher price.  This goes to show that market economics is not lost. Domestically, the saffron industry in Tasmania was highly dependent on the major retail chains, when they decided to sole source from overseas the domestic suppliers market disappeared almost overnight. So this market exposure risk is not just an international problem for business.

It is not as though Australia has not had similar experiences before.  When the country of my birth opted to join the European Project (alas no more!) the impact on Australian agriculture was significant.  Australia did a great job in subsequently diversifying its market exposure but has again allowed itself to do the same. So, what to do?

There is a rule of thumb that if you are reliant on any one customer beyond 25% of your total revenue you have a risk to consider.  This applies to any domestic market relationship let alone international trade and certainly with one that can be a capricious as that ruled by the CCP. If you are at 30% or above, then there is very critical risk and if above 50% then your market owns you.

It seems to me that this market entry risk is not always properly assessed and although the economic value may be considered attractive, the risk of adverse policy decisions as part of a “Great Game” can be devastating, as the rock lobster farmers discovered. What is required is a more aggressive analysis of where potential global market opportunities lay as well as a determination of the level of relative exposure to each market you are comfortable with.  These macro level issues cannot be influenced by business in the short term, but they can have a direct impact on overall commercial viability. This not only applies to China, of course, and points to the need to ensure that your offering is price competitive enough to be taken to a wider group of markets within our immediate Indo-Pacific region as well as farther afield.

China is a large economy and the Chinese people are eager to do business.  Within the country people know how to get on with doing a deal but recognise that whatever their feelings, you cannot resist the system. As in the old days of empire, people find ways of working around Beijing but if you step into the realm of politics woe betide you. But risk does not only exist in the current level of authoritarianism in the system. For a while there was a sense that reform was expected through the CCP but with Xi Jinping taking on dictatorial powers for life there is a concern about whether this will impact the longevity of the system.

One commentator has observed that at some time Xi will be moved on through death or design but that like many dictators, he needs to suppress competing opinion and cliques within the party that might stand up to him. There is a paradox here that could lead to the ossification of the system as the breeding ground for future leaders is thinned out to leave a mediocre talent pool of ‘yes-men’ to choose a leader from.

Why would this be important? Well, as the CCP under Xi cannot be wrong any opposition must be dealt with – and there are now global attempts to bring countries like Australia into line. But, as we saw with the initial reaction to Covid in January 2020, the instant instinct of the party apparatus is to suppress the messengers of non-conforming view. There is no doubt that the CCP was close to losing control of the pandemic until the lockdown was introduced that successfully suppressed the virus as well as the manifestation of an evolving negative reaction to this poor crisis management by the party.

China criticises western democracy as failing and we all know what a messy subject democracy can be, but it has one thing the CCP does not have and that is the shock absorber that the nature of democracy itself provides to accommodate differences of opinion. In the US and UK, where the pandemic was badly handled, the legitimacy of the governing system enabled the absorption of dissent (as it is designed to do). An independent press and public debate kept politicians on their toes. This is not a characteristic of CCP governance. The political risk over the next couple of decades is that the CCP believes it must always be in control; with the potential of a weakened future leadership cadre due to Xi’s dictatorship, it is possible that, should the regime ever collapse, it could do so suddenly. This may seem unlikely, but it could happen should another major event, that cannot be controlled, coincide with a leadership which is unable to manage effectively. Being right all the time is a full-time job.

The point of the above excursion into geopolitics is that in assessing any international market, it is not just a question of economic opportunity but a need to assess the short term and potential long-term factors influencing that market. Political and social change in any market tend to be medium to long term issues that can lull business into a belief that short term opportunity is permanent. Where are those businesses now that were hoping to open trade with Myanmar?

Understanding what could happen is a key part of the international market assessment process and market diversification a core element in reducing overall risk to your business. When you have done that, you can assess the acceptable level of market risk you want to take on.

Emerging market growth is strong but at what risk for decision makers?

The International Monetary Fund’s (IMF) World Economic Outlook was published in October 2019 and, as usual, provides a valuable back drop to international business investment decisions. One of the key observations discussed in that report Read more… 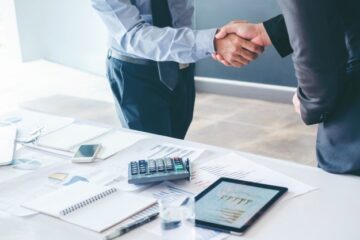 The three factors to consider when developing a China strategy

﻿I’m forming a view that there are three general strategy ‘domains’ that need to be thought about when dealing with China. These are interconnected and not unique to China but they demonstrate different facets to Read more… 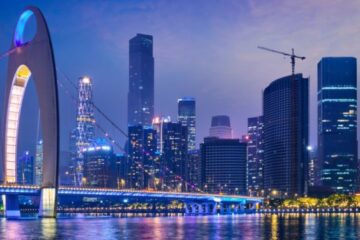